Skip to content
This is a piece of writing that was posted on 27 October 2017.

I’ve been on vacation this week, having spent the last few days offline in the woods, immersed in good books, walkable trails, and the best New England foliage I could’ve hoped for. And now, as I write to you, I’m facing a rather stunning illustration of a mountain range, not five feet from where I sit. 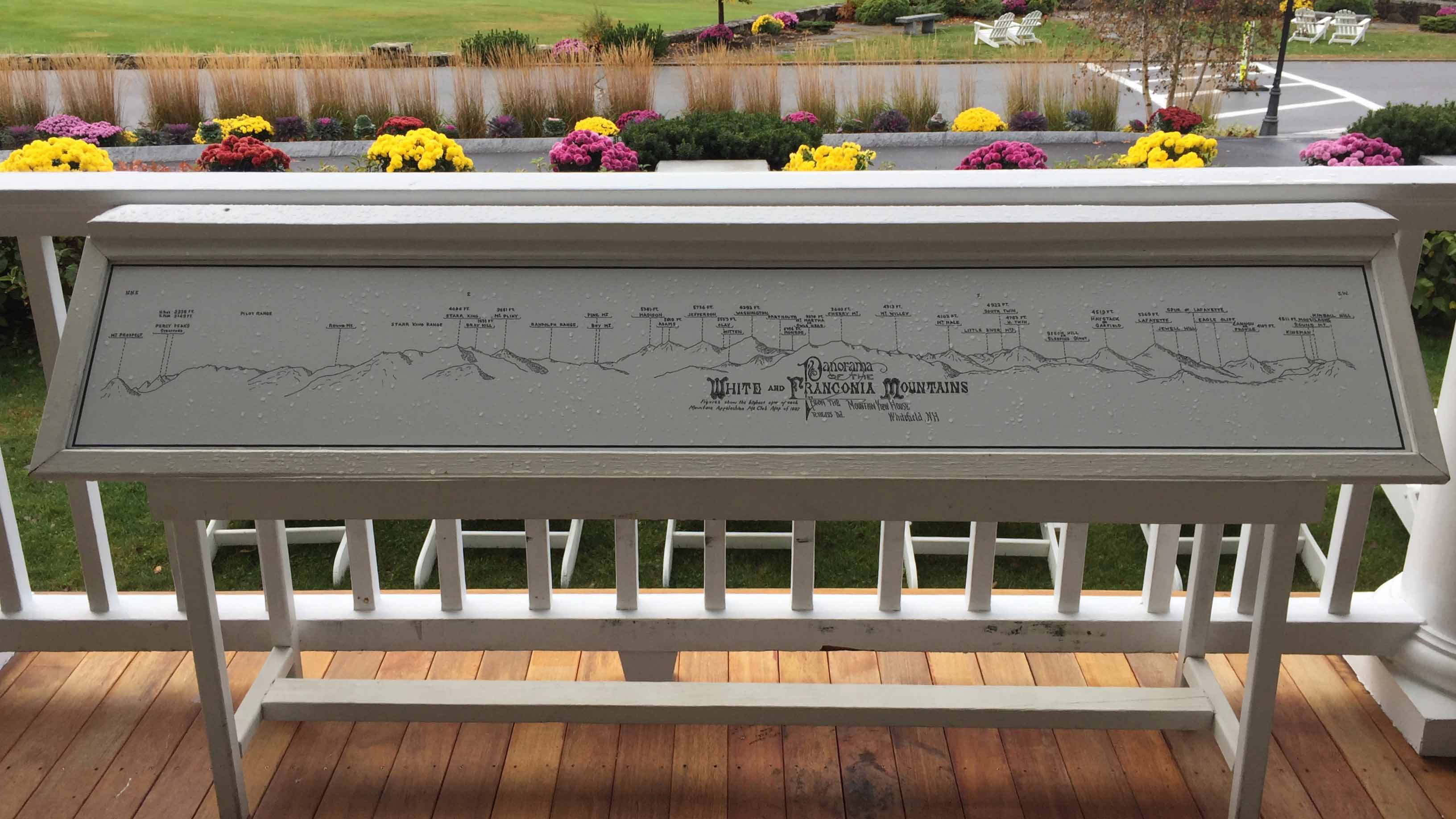 Exquisitely hand-painted and -lettered in black ink on a long, white plank of wood, it outlines and names some three dozen mountains. I can see each peak from my seat on the porch of this hotel, if I can bear to lift my eyes up from the map.

Mind you, I’m skeptical this is the original illustration. I run my hand over the drawing, and the lines have the steadiness, the regularity you’d expect from a commercial printer. And the edges are too sharp, the letters too clear, for something I assume to be quite old indeed. 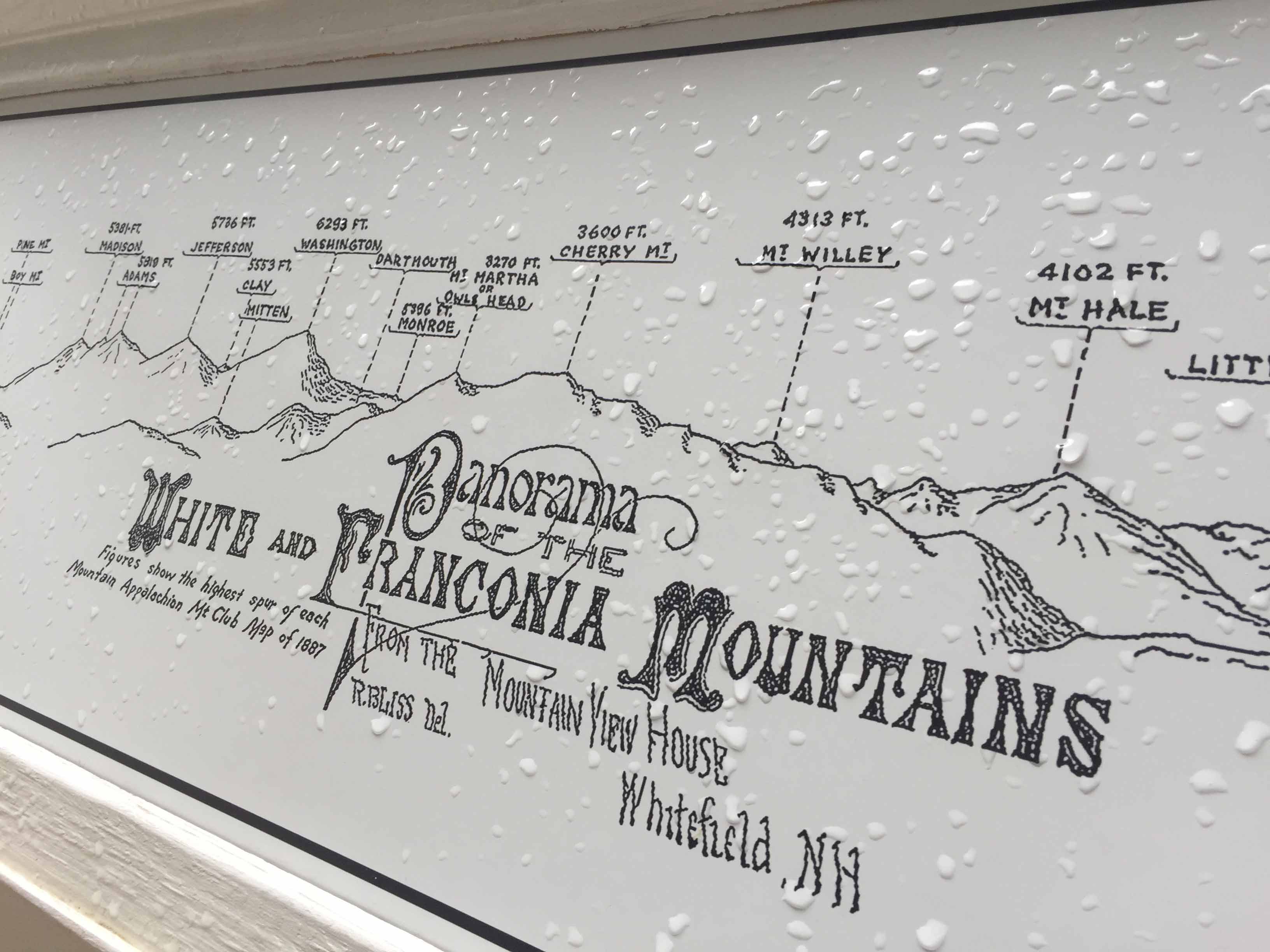 I ask the gentleman at the front desk if he knows whether I’m looking at a reproduction, or the original map. He can’t answer my question, but assumes it’s the former: apparently, the hotel was closed for a time in the mid-eighties, and many of its original assets were auctioned off. As if to apologize for the lack of resolution, he hands me a little tri-fold pamphlet that, when I unfurl it, reveals another reproduction of the map. I learn it was first drawn in 1887 by the AMC, and gifted to — or commissioned by? — the hotel I’m staying at.

As I read, my friend at the front desk notes several of the elevations are, delightfully, incorrect, as measurement methods have gotten considerably more accurate since the end of the nineteenth century. That is, in its way, pretty reassuring: for much of the past year, I’ve felt a bit lost, unmoored. And now? Well, I’m probably still a bit adrift. But now I’ve two maps — one in hand, one within arm’s reach — and a beautiful horizon before me. 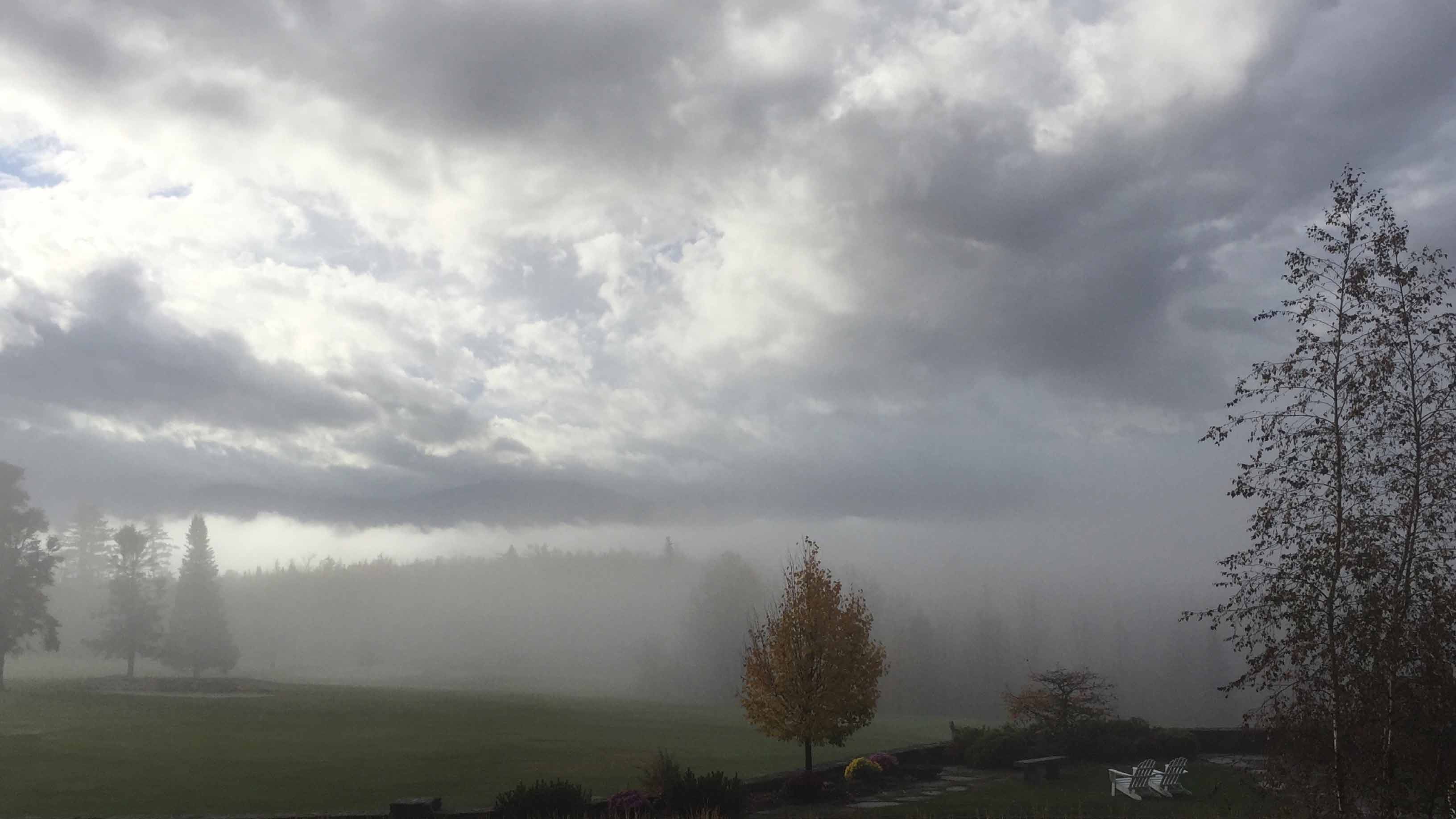 “It’s gone,” said Joanna, “and there was nothing to be afraid of after all, but all the same my heart is beating — I can hear it! Are you afraid? Shall we go on?”

“Yes,” said Naomi, “and yes.” It was necessary to be afraid in order to have courage: this is what her father taught her out on the desk of his barge. “Let’s go on — mind there, it gets deep.”