We’d known for weeks1 it was coming, but when it finally did come, the news still broke me. Shock, despair, sadness, helplessness, fear, fury…not exactly the most comfortable emotional cocktail. People I love wouldn’t be here if they hadn’t been able to have an abortion. I don’t want to live in a country that thinks that’s okay. And as others have noted, this decision — as terrible and as terrifying as it is — feels like a warm-up.

So, yeah. I still feel overwhelmed, and scared, and angry. And that’s why I found myself stress-eating a leftover fortune cookie yesterday.

I just wasn’t prepared to be attacked like this, mind. 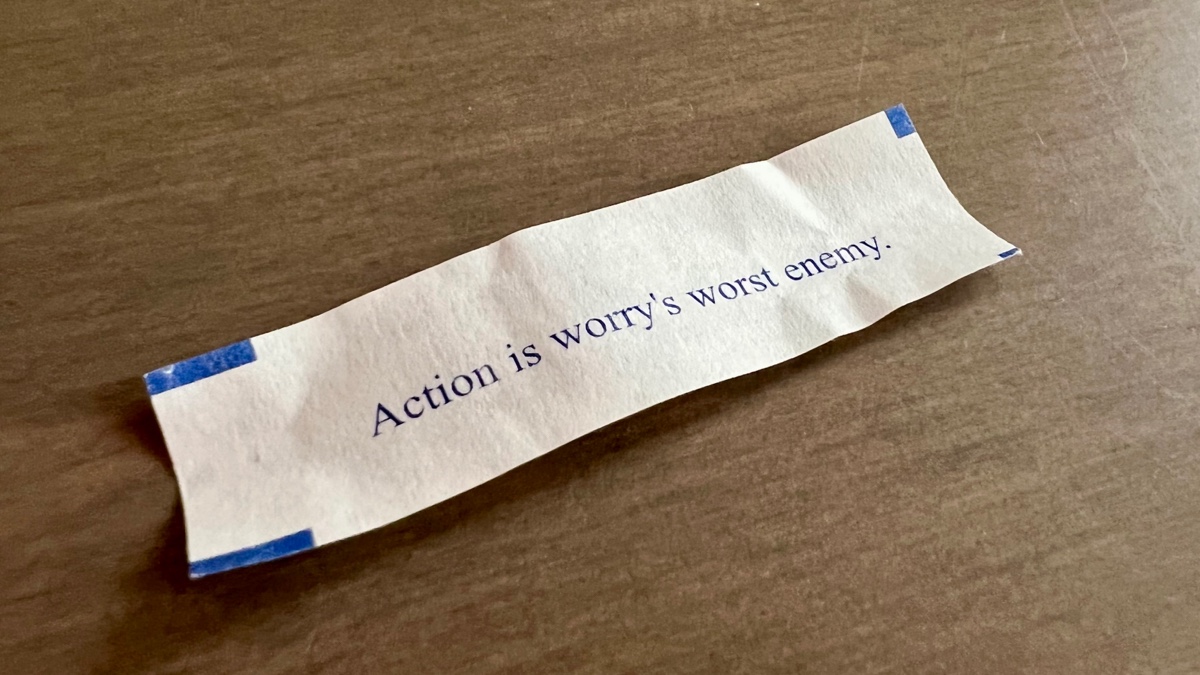 Look. I know the cookie’s right. I just wasn’t looking for a mass-produced dessert of scant nutritional value to come at me with free, unasked-for emotional advice.

Because, yes, as it happens, I’ve been reading about how to transition from action to worry — to think about what comes next after the grief I’m feeling right now.

Here are some of those things I’ve been reading, which I’ve been thinking about a lot lately.

I will not let the orcs take [my daughter’s] flowers. They are not thinking of her, and it makes me want to scream, to set the court ablaze. With every day in school, she is marching towards them, and towards a future in which the control she has over her body and her future is questioned at every turn. She doesn’t see them and what they’re laying out. I won’t let her see them, but I have things to lay out, too. I spent much of the afternoon writing about how to intervene, how to support, how to compel somebody in power to restore Kina’s rights and protect her — this one kid, and the kid next to her, and the next kid, and all those kids who will someday need to reckon with their own power to birth children.

But individual-centric solutions are insufficient. The only way out is through collective action. That begins in facilitating access in your immediate community — particularly for people in different situations than your own — and then, eventually, extends to national efforts to actually codify change.

There will be a LOT of declarative advice given to and by those of us who are upset about this decision. Since we knew this was coming, a lot of that declarative advice has already been written. Heck, I’ve already written my version of it. […] Some of that advice will be good, some of it will be bad, but all of it will eventually lead you to the same place… “now what?”

Here’s the great things about questions though. Questions beget more questions. Questions help you move forward. Questions might surprise you when you discover exactly what direction you’re moving. And, since we live in an era of interconnectedness and computers that allow us to open up a search bar and type in “abortion funds in my area” or “who is working on flipping the state legislature in Wyoming?” or “grassroots progressive organizing in Indiana,” questions aren’t ephemeral. They’re practical.

Then you move to the difference between mobilizing and organizing. It’s the difference between these two that I think most of the progressive movement is deeply confused about. Mobilizing is essentially doing a very good job at getting people off the couch who largely already agree with you. In the mobilizing model, you may be involving people in very large numbers, but the limitation of the mobilizing approach is that you’re only talking to people who agree with you already.

Organizing, which I put the highest value on, is the process by which people come to change their opinions and change their views. Organizing is what I call “base expansion,” meaning it’s expanding either the political or the societal basis from which you can then later mobilize. What makes organizing different than all other kinds of activism is it puts you in direct contact every day with people who have no shared political values whatsoever. When you’re a union organizer, you get a list of let’s say a thousand employees and you’ve got to figure out how to build to 90 percent or greater unity with unbreakable solidarity and a tight, effective structure.

And then I thought about Grace Lee Boggs, the legendary Detroit activist who balanced international activism and local grassroots work until the day she died (at 100!). She was smarter than I am, more enamored with her neighbors and their potential and less enamored with her own ego. She once wrote that “changes in small places affect the global system, not through incrementalism, but because every small system participates in an unbroken wholeness…. In this exquisitely connected world, it’s never a question of ‘critical mass.’ It’s always about critical connections.”

An exquisitely connected world. Critical connections, not critical mass. It’s lovely, and true, and maybe it’s just another way of spinning that same old line about how you should never doubt the small group of caring, committed citizens can change the world. But I don’t know, something about it works better for me. A big less treacly. A bit more realistic.

Yesterday, as I was writing out a list of things people could do as we move forward to create a better government and society, I wrote out the following rough list:

Each of these words came with a rudimentary description of the ways in which I felt I personally needed to do that thing. Vote locally (for example) for representatives with real spine and energy, and to maintain the majority; protest, in every sense of the word, to build that spine in our existing representatives; fund organizations that will help people in need in hostile states to obtain safe abortions, but also fund the candidates you want to vote for, and fund mutual aid societies that support the people most at risk now — who are often also most at risk of being unhoused, assaulted, and unfed.

I’m not ready to do much but grieve right now — well, grieve, and donate. But amidst everything, it’s been helpful to sift through others’ thoughts about what comes next. When I’m ready. When we’re ready.