Skip to content
This is a piece of writing that was posted on 31 December 2016.

A note to the reader: In this post, I talk about losing a beloved family member. It was very hard for me to write; it may be hard for some to read.

I’ve been thinking quite a bit about farewells.

It’s probably because I’m traveling more these days — a conference, a client trip, a weekend out of town. Each trip has a kind of rhythm to it. You to take stock of your home, of the familiar, of the safe, and then you acknowledge you’ll be away from it for a few days. Maybe a week. Maybe longer.

Don’t get me wrong — those farewells are, in their way, worth it. I’m aware just how privileged and fortunate I am to occasionally travel for work, visiting conferences or clients in parts of the world I’d otherwise have never seen. But even still, there’s no small amount of wistfulness behind the act of leaving. You become accustomed to a place, to the surety of it, and then you’ve made a decision: a decision to remove yourself from the things you know, and take a step toward the things you don’t.

But then, after some time passes, you’re home.

My grandmother, who was born in 1910, passed away in March.

I know I’ve written about my Grandma before, but have I talked to you about her? She was a fierce, brightly happy woman, who lived — and died, peacefully — in the house she was born in. Her tiny frame belied the size of her laugh, of her easy smile, of her intellect. She is one of the finest, smartest, kindest people I’ve ever known.

When someone I miss her, so very much lives as long as my grandmother did, it sets an outsized expectation for how long she’ll be part of your life. Of the small, shared customs you’ll be able to rely on. In the last few years, when I’d been traveling more for work, Grandma’d taken to asking for “my itinerary” each December: the places I’d be traveling to, the months I’d be away. As I read off trips from my calendar, she’d write down each name in her impeccable, exacting script. If I’ve traveled to your company, or spoken at a conference you attended, the city you saw me in was a handwritten entry on that list, taped to the front of a refrigerator older than me, in the kitchen of a Vermont farmhouse.

And if I added a new trip, and forgot to tell her? Well, the next call would invariably involve at least one “Ee-thun” in a mock-aggrieved tone. (Well, I hope it was mock-aggrieved.) She wanted the list kept up to date, she told me, so she’d know where to send my guardian angel.

On the last afternoon before she went into hospice, Grandma was awake, alert, and resting comfortably. My wife and I sat with her in her living room, showing her photos from a recent trip to New Zealand. We described far-flung locations we’d visited that she’ll never see, that she’ll never visit in great, careful detail. Her voice was essentially gone, but her eyes and her mind were as bright as ever. Occasionally, she’d whisper out a question — she was ever the conversationalist, and loved to pepper visitors with questions while they sat in her kitchen — which, with so little wind in her lungs, was often inaudible. Instead of asking her to repeat herself, we’d answer the question we thought she’d asked, holding up her end of the conversation while I held her hand.

And whenever we answered, she’d nod, just so.

That evening, the medication took hold, and Grandma never really woke up again. The following day the family all took turns holding her hand, sitting silently next to her in front of the television in her living room I grew up in front of that television, watching episodes of Mister Rogers’ Neighborhood or Mr Dressup while I listened to her fly around the kitchen, baking bread, doughnuts, or her ginger molasses muffins, keeping watch while she lay in her favorite armchair.

By Sunday, she’d been moved into the bedroom, resting comfortably in a hospital bed that’d been delivered the night before. My wife and I needed to make the long drive back home to pick up a change of clothes we’d only planned to stay overnight, this wasn’t anything we expected, none of it was and then drive back the next morning to be with her. When I came into her room, one of my cousins was singing to her, softly, sweetly. I took my grandmother’s hand.

“Hey, Grandma,” I half-bellowed, “we’re going to drive home now, but we’ll be back tomorrow.”

Putting aside the depth of her sleep, my grandmother’s hearing hadn’t been great for a few years. But I have a deep voice, when I need it to be, and I projected it as loudly as I felt was needed to reach her. To everyone’s surprise, Grandma’s eyes shot open — well, half-open — and she wasn’t awake, but she was no longer quite asleep. She murmured a rather surprised-sounding “good-bye.” With that said, her eyes closed again, and she fell right back to sleep. We drove home a few minutes later.

She passed away that night, surrounded by family. Earlier that evening, the choir from her little country church had visited her in her bedroom, serenading Grandma with her favorite hymns while she slept.

All year, I’ve been thinking quite a bit about farewells.

It’s probably because I’m traveling more these days, and each trip has a kind of rhythm to it. You to take stock of your home, of your loved ones, and then you acknowledge you’ll be away from them for a few days. Maybe a week. Maybe longer.

And sometimes, while you’re away, something — or someone — bids farewell to you. 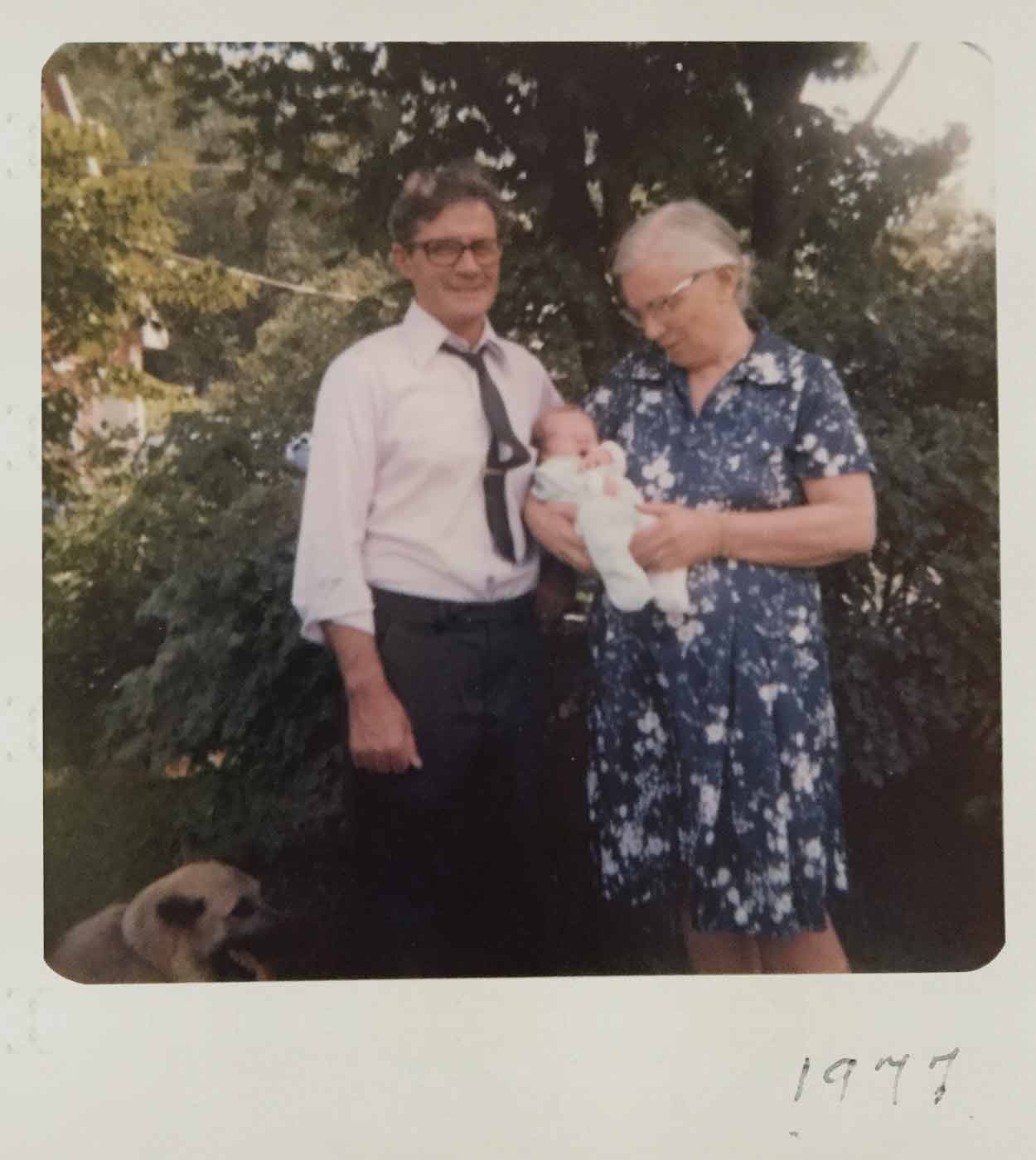 Farewell has a sweet sound of reluctance. Good-by is short and final, a word with teeth sharp to bite through the string that ties past to the future.